To be a team dedicated to identifying and fulfilling customers’ needs for quality construction services.

BPC Services specializes in the Facility Construction, Fabrication, Directional Drilling, Trenchless Pipeline, Pipeline Integrity and Quality Control to the Oil & Gas Industry. Our knowledgeable team continue to be invaluable asset to our company and is just one example of what sets us apart. 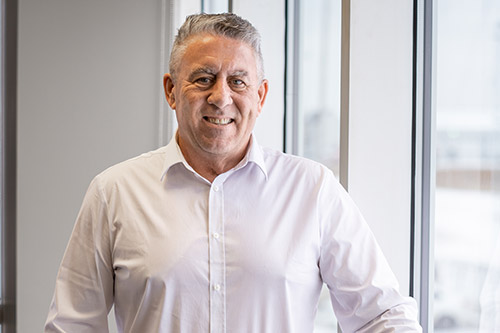 Originally from Glace Bay in Nova Scotia, Brian has been with BPC Services LTD since October 2010. He has been working in the oil and gas construction world since 2002. Brian completed a Bachelor of Arts from Cape Breton University and also has a Bachelor of Education from the University of Maine at Fort Kent. Brian has lived in Lloydminster since 2010, where he has undertaken various volunteer work, and enjoys time with his family and many pets. He is also an avid fisherman and plays golf, baseball and basketball in his spare time. Brian has played a vital role at BPC for a number of years, most recently as an Owner and Operations Manager.

People are our most important resource; as an equal opportunity employer our team provides support through education, training and respect for the individual. We believe in rewarding hard work and high productivity.

We are customer focused. We are in business to serve our customers by finding out what they need, sharing their sense of urgency and meeting their requirements with attention to schedule and budget.

Honesty and integrity are at the heart of our dealings. These values are not only right, but are good business practise that lead to a recurring customer base. In our dealings with customers, subcontractors, suppliers and each other, we treat everyone as we would expect to be treated.

Safety is first and must never be compromised. We are committed to safety for all our people. We maintain full time NCSO manager and staff to support our team and safety program.

On time,
the first time,
every time.

At BPC Services Ltd we work with our clients to ensure the job is done accurately and safely the first time while still putting a large emphasis on environmental protection and awareness. Our drilling manager and directional crews are well experienced in horizontal directional drilling and there isn’t a soil-type that we have not encountered.

Speak to the BPC Services Team